Compare Paris hotels and prices from all the main reservation sites to find the best deals online with our hotel price comparison search. Over 3900 Paris hotels compared. 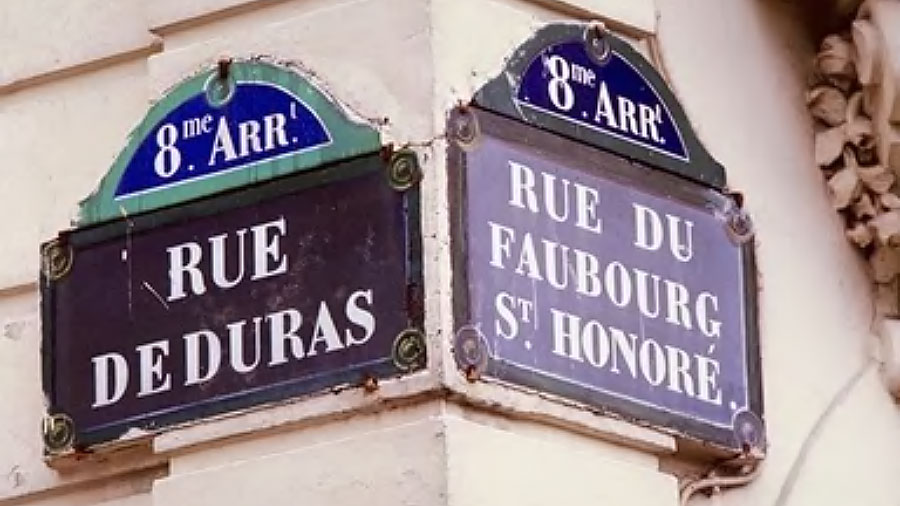 Paris known as the 'City of Light' is a city of romance and beauty. A popular city break destination, it has so much to offer including, art, culture, history, fashion, striking architecture and designer shopping, It is also home to some of the world's most visited attractions including the Eiffel Tower, the Arc de Triomphe, Notre Dame and the Louvre.

World renowned for it's fine cuisine, Paris has the second largest number of Michelin restaurants in the world making it a delight for lovers of good food.

An all year round destination, the most popular time to visit Paris is from April to September even though in August many Parisians leave the city for their annual holidays meaning some shops, restaurants and attractions are closed.

Where to Stay in Paris

Paris is divided into twenty districts which are called arrondissement's and these are numbered from 1 to 20 going in an outward spiral from the centre of the city. Arrondissement's are named according to their number, for example the Champs Elysees is in the 8th arrondissement which is written 8e in French.

Before deciding on your preferred location bear in mind that Paris has an excellent underground train network 'the Metro' operating throughout the city so no matter where you decide to stay getting around is normally quite straightforward.

Popular areas for booking hotels in Paris include: 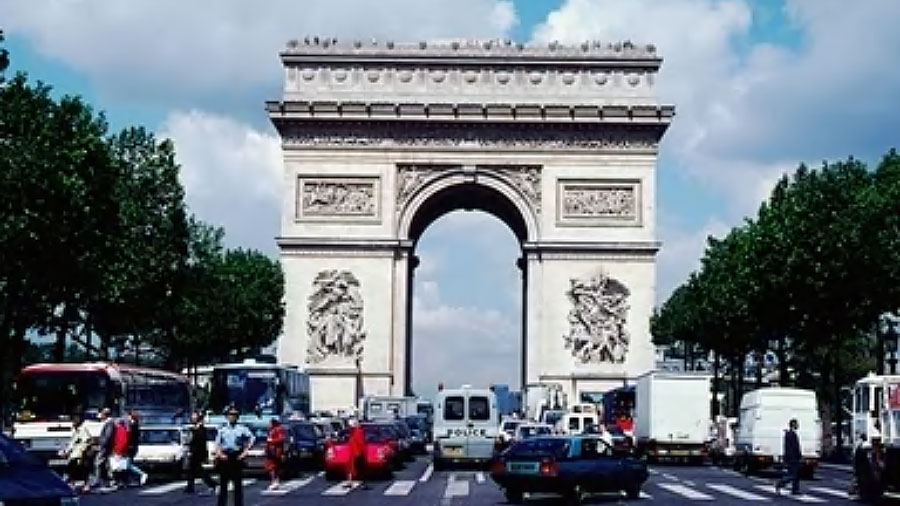 (1st arrondissement) - The geographical centre and location of the Louvre, Tuileries Gardens and the Palais Royal, it is one of the oldest and smallest districts in Paris.

(2nd arrondissement) - The main financial district where you will find the Paris Stock Exchange it also houses a number of historical theatres.

(3rd and 4th arrondissements) - The Marais is a trendy lively district with an abundance of art and history. The 4th is the quieter area and hotels tend to be more expensive. Popular attractions in the 3rd and 4th include Notre Dame and the Picasso Museum.

(5th and 6th arrondissements) - The Left Bank. One of the oldest part's of the city it is very popular with both student's and tourist's The 5th is a good location if you are seeking more moderately priced hotels and is close to the Pantheon and Jardin des Plantes.

(8th arrondissement) - It is here that you find the Arc de Triomphe and the famous Champs-Elysees, possibly one of the most expensive areas in Paris to enjoy a coffee and people watch. It is also close to the Eiffel Tower which is in the adjoining 7th arrondissement.

(18th arrondissement) - Situated on the northern edge of the city, it is where artists Picasso, Toulouse-Lautrec, Modigliani and Renoir made their home. It's a beautiful area, don't miss the Montmartre nighbourhood, the Sacre-Coeur Basilica and the famous Moulin Rouge. 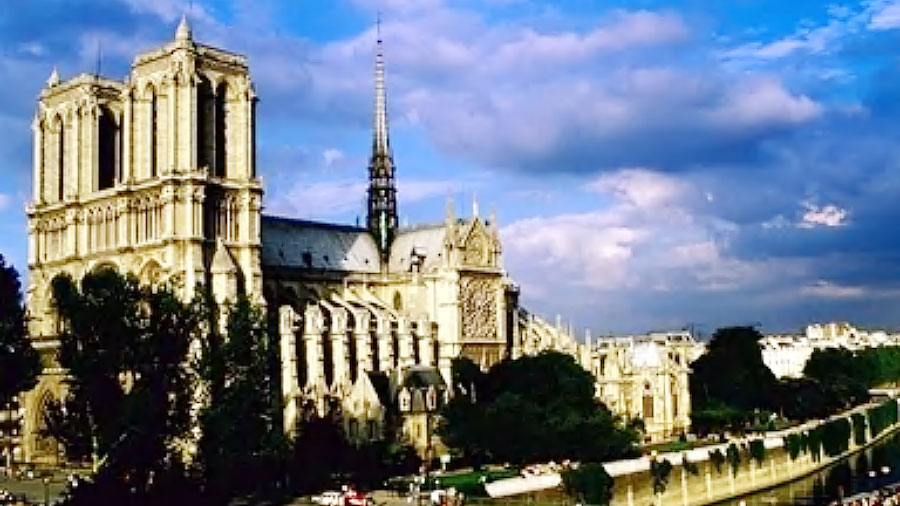 Paris is a city that offers an overwhelming wealth of art, culture, history, fine architecture and designer shopping, not to mention some of the best food in the World.

Historic buildings to explore, world class museums and palaces, romantic boat trips on the Seine, an extensive variety of cafés and bars where you can just sit and watch the world go by. With so much choice, deciding what you wish to do and see can be one of the most difficult decisions.

The Eiffel Tower - The iconic symbol of Paris built for the 1889 Exposition Universelle, it was only expected to last for twenty years. Open from 09:30 to 23:00 daily (09:00 to 00:00 in the summer) it attracts more than 7 million visitors a year so it is advisable to buy your tickets online prior to your visit to avoid the long queues which form at the ticket office.

The Louvre Museum - Open daily except Tuesdays and holidays this is a vast building containing an equally vast collection, one of the World's finest museums of art and culture. With so much to see you can easily spend more than a day here. To gain the most from your visit audio guides are available at the museum or can be downloaded to your smartphone (iPhone and Android) before you leave home.

Château de Versailles - Once the home of Louis XVI and Marie Antoinette this exquisite Palace is unmissable. To visit the Palace, Trianon Palace and Marie Antoinette's estate, the gardens and park you will certainly need to spend a whole day here although discounted 2 day passes are available. The Palace is located on the outskirts of the city but is easily visited by train.

Arc de Triomphe - This triumphal arch standing at the centre of the Place Charles de Gaulle at the western end of the Champs-Elysée honours those who fought for France. It houses a museum, the tomb of the unknown soldier and a viewing platform affording spectacular views over Paris.

Notre Dame - This most impressive cathedral was the inspiration for the novel 'The Hunchback of Notre Dame' and if you only intend to visit one cathedral this will probably be at the top of your list. Most areas are open to the public and you can also climb the towers to enjoy some of the finest views over Paris. Entrance is free although a charge is made to climb the towers. 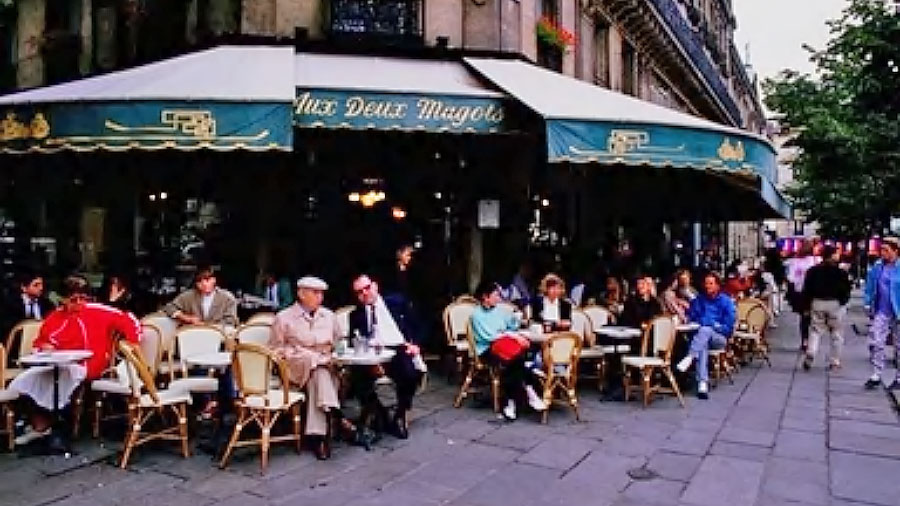 People watching at a Parisian Cafe

Ratp is responsible for public transport including the metro and buses and you can download maps and fares in English from their website together with a guide to using public transportation.

To save money it is best to purchase your tickets in 10's at a discount rather than singles if you intend to regularly use public transport.

The Metro - An excellent and comprehensive underground train system making travel throughout the city easy once you get the hang of using it.

Buses - Paris has a comprehensive if somewhat confusing bus network which uses the same t+ tickets as the metro.

Taxis - Paris is well served by Taxis and you can hire a taxi at any of nearly 500 official taxi ranks or by waving down a taxi from the curb. Taxis have a white roof sign illuminated with green LEDs when the cab is vacant, and with red-amber LEDs if the cab is not available for hire. Fares are not cheap but they are available 24 hours a day unlike public transport.

Walking - Walking can be a pleasure in Paris and gives you the opportunity to see sights which would have been missed if you had travelled on the Metro It is often the best way to get around especially if you are only travelling what would be 2 or 3 stops on the Metro..